After stops in Frankfurt, Germany; Tunis, Tunisia; and Sharjah, United Arab Emirates in the fall of 2021, the show went back on the road this summer, stopping in New York and returning to Montreal! 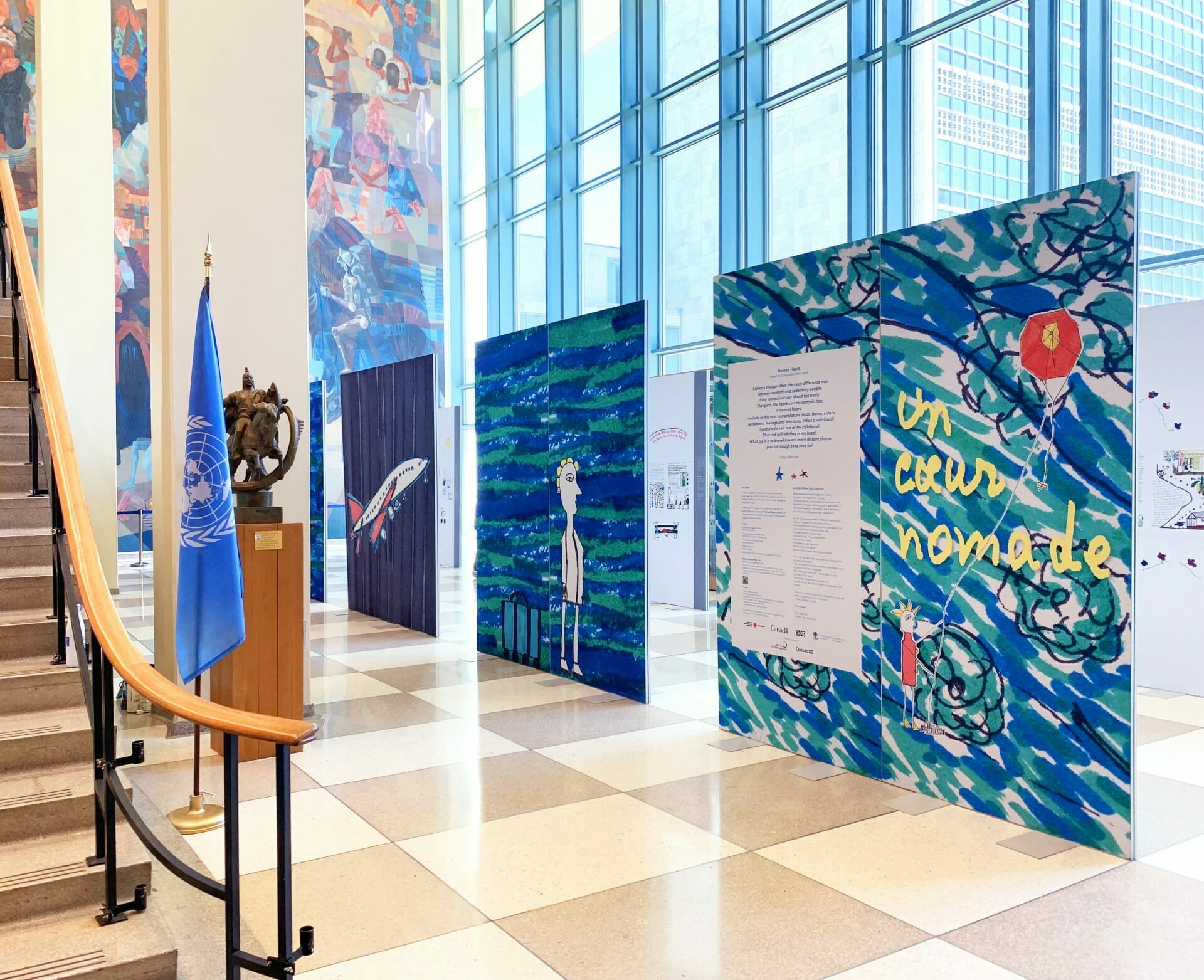 Presented from June 6 to 17, 2022, at the delegates’ entrance to United Nations headquarters, Un cœur nomade offered visitors a window on the world of the internationally acclaimed Canadian author, a literary star of the French-speaking world. The exhibition was presented to the entire UN staff and visitors to the prestigious complex – the 1800 delegates and diplomats who pass by the site each day.

“It was with great pride that we marked the opening, in the heart of the UN complex in New York, of the wonderful exhibition Un cœur nomade, a tribute to one of our greatest writers, Dany Laferrière. Culture is the embodiment of our values. It brings us closer as human beings and is a great tool for building strong relationships around the world. There is no doubt that cultural diplomacy is essential to the advancement of our international relations. It is a showcase for our entire society. Thank you, Dany, for your body of work and what it represents at home and elesewhere.” – Martine Hébert, Delegate General of Quebec in New York.

The presentation of the exhibition at UN headquarters was organized in collaboration with the Québec Government Office in New York, the Organisation internationale de la francophonie and the Permanent Mission of Canada in New York City, with the financial support of Global Affairs Canada and the Canada Council for the Arts. The exhibition’s export was handled by Quartier des Spectacles International.

In Montreal, on the inspiring site of the future Cœur-Nomade library and cultural space 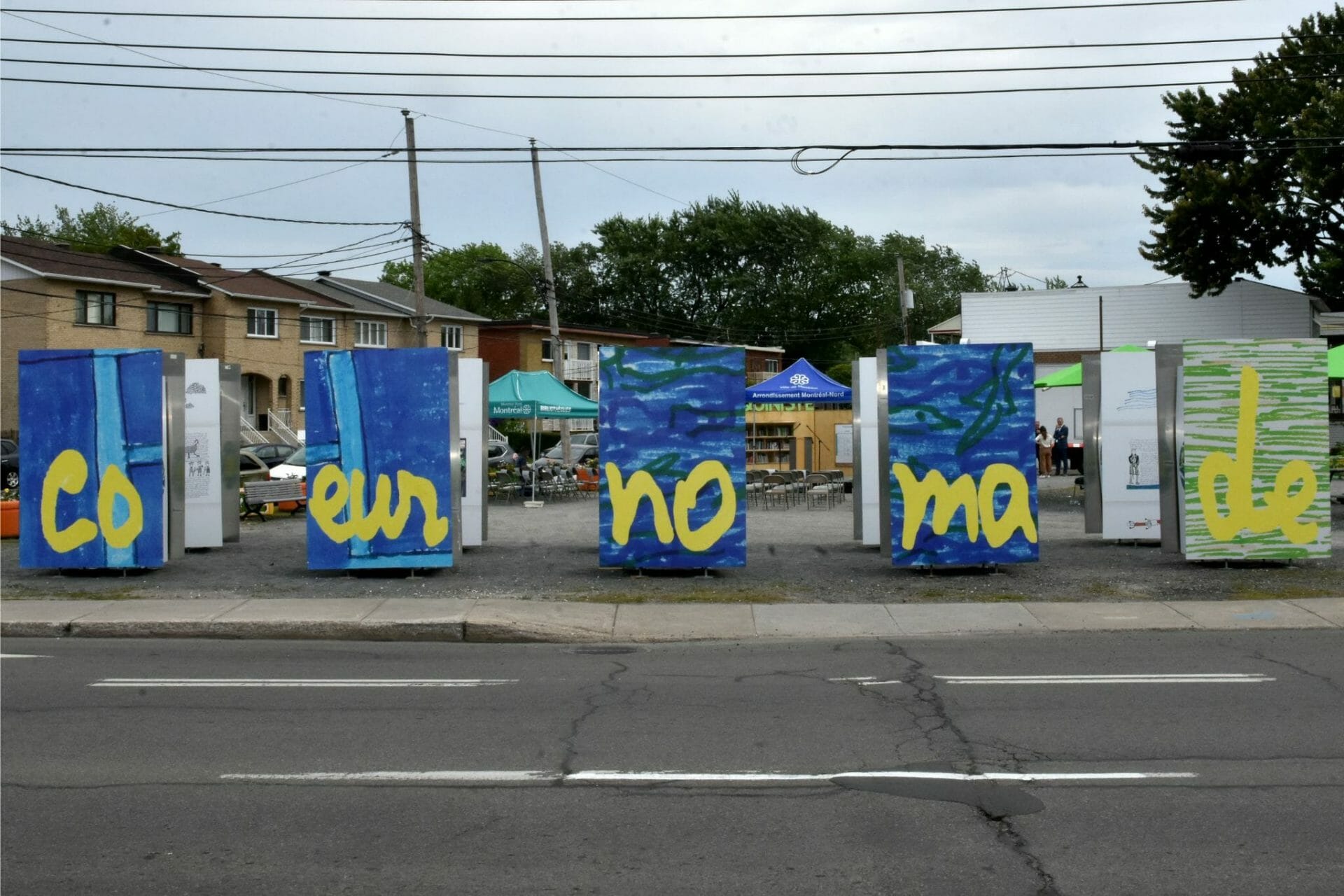 From July 11 to August 29, 2022, Un cœur nomade was presented at the Le Bouquiniste ephemeral cultural space in the boroughs of Ahuntsic-Cartierville and Montréal-Nord, the future site of the Cœur-Nomade library and cultural space. The exhibition took on new meaning at the site, where it highlighted the richness and diversity of the city’s communities and the importance of social inclusion.

This homage, in celebration of the first 35 years of Dany Laferrière’s literary career, is an original concept by Anne Plamondon.